Registration Is Open For Fall And Winter/Spring Semesters

Eureka! We found it! Join us for an adventure where we will investigate the fascinating history of the 1848 Gold Rush in California. Learn about James Marshall, the man who started the rush to California, and other notable figures.  Stake out a claim and find out about panning for gold and mining.  We will take a close look at the "Gold Country" geography and create a map of the area. Most importantly, we answer the question: "How did the 1848 gold rush impact California and the United States?"

Next, experience the rich history of the Pony Express. Students learn how mail was carried across the country in the 1860s until the telegraph replaced it.  Through mini-lectures and hands-on activities, students will find who started the mail delivery service, which route the brave riders took, and the numerous obstacles they encountered.
​
Outside Classwork: None
Instructor: Laurie Weir
​Suggested Companion Classes: Transcontinental Railroad Project, California Geography, First Californians & Missions 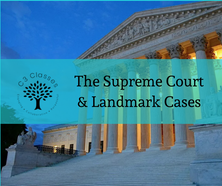 What are the roles and responsibilities of the highest court of the Judicial Branch? This course begins with a introduction to the roles and responsibilities of the Judicial Branch, the Supreme Court, and judicial review. Students participate in activities dealing with the history, procedures, and major decisions of the U.S. Supreme Court, in addition to identifying today’s Supreme Court justices. Teaching methods include mini-lectures and cooperative student-centered activities to help students utilize all of the information presented.

​Outside Classwork: Depending on ability level, students should expect to spend approximately   1 - 1 .5 hours a week. Students will read materials in preparation for weekly discussions and complete assignments started in class.
Instructor: Adrienne Collins 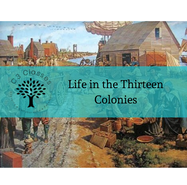 New! Life in the 13 Colonies
4th-8th Grade
Thursdays 10:00-11:15
7 weeks: October 22, 29 November 5, 12, 19 December 3, 10
Location: Mission Viejo Family YMCA
Tuition: $185 FULL- Email infoc3classes@gmail.com to be placed on a waitlist
​
Between the founding of Jamestown in 1607 and the founding of Georgia in 1733, a total of thirteen distinctly different English colonies were established along the Atlantic Coast of North America. Learn who founded each colony, how they were governed, and what life was like for the ordinary colonists. Each colony has a fascinating history. This class includes colonial projects, short lectures, note-taking, and related readings.

Outside Classwork: Students may need to read short passages and complete work not finished in class. ​​
​Instructors: Laurie Weir 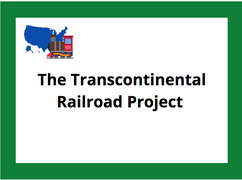 In the mid 1800s, Americans dreamed of building a railroad that would cross the continent and further connect us as one nation. In this class students find out how this railroad transformed America. They learn about the Big Four, land grants, Chinese railroad workers, the two competing companies, the golden spike, the dangers and difficulties of the project, geography, and a new need for time zones. Students are teamed up to construct a model of the railroad that linked the East and the West and united Americans.

Outside Classwork: up to 30 minutes
​Instructor: Laurie Weir 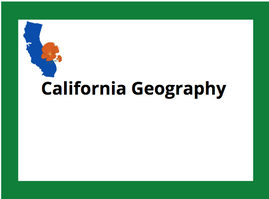 The geography of California is rich and diverse. There are alpine mountains, foggy coastlines, hot deserts, and a fertile central valley. It is home to the world's tallest trees, highest and lowest points in the 48 contiguous states. Journey through the four main regions of the state, learning about geographical land features, points of interest such as national parks, historical sites, and other attractions unique to California.  During class, students complete a large map of California to help them visualize the diversity and essential locations in California.

​Outside Classwork: California Geography students will have up to an hour of homework each week.
​Instructors: Laurie Weir
​
​Suggested Companion Classes: First Californians & Missions, The California Gold Rush, The Pony Express, The Transcontinental Railroad Project 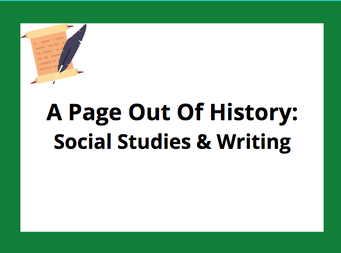 History is an epic story—learn how to write it! This class supports higher level thinking and encourages students to view history as a fun investigation, all while being respectful to the circumstances of America’s development. Students examine and analyze real historical evidence from primary and secondary sources. While collaborating with classmates, students acquire discussion and problem solving skills. This class is a great first step learning how to write well thought out answers to document based questions and essays.

Some of the topics investigated will include:
​Students should be able to independently write a 10-12 sentence paragraph before signing up for this course.

Outside Classwork: Students write and revise each week. Depending on ability level, students should expect to spend approximately 1-1.5 hours each week.
Instructor: Adrienne Collins

Note: If you are looking for a year-long writing program, combine this class with the Summarizing from Analyzing: Literary Analysis or The Writing Skills Seminar: The Writer’s Notebook. 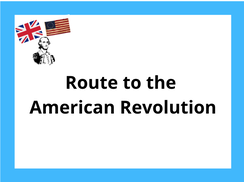 ​Between the 1750s and 1776, an escalating series of conflicts between the United Kingdom and its American colonies led to revolution and the creation of the United States of America. What caused the colonies to change from loyalty to Great Britain and the King to rebellion? Travel through history with us while we discuss the disagreement over how the British treated the colonies, and how the colonies thought they should be treated. This course provides information about the injustices and events that led the American colonists down the road to the revolution and independence from the British. Step forward with us as we discuss the events that led to the Revolution!

Outside Classwork: Students will have approximately an hour each week.
Instructors: Adrienne Collins and Laurie Weir

​Students are taught the six big ideas in the Constitution: limited government, republicanism, checks and balances, federalism, separation of powers, and popular sovereignty. In addition, students learn background information on the Founding Fathers, the Constitutional structure, and why the Constitution was necessary. Students work in small groups to discuss important issues, rotate through stations to build knowledge, and play games to reinforce concepts learned.

Outside Classwork: Students read outside course materials, take notes, and complete any work not finished in class.
Instructor: Adrienne Collins and Laurie Weir 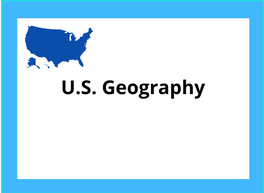 ​Join us as we explore our nation’s geography from sea to shining sea! By learning about the characteristics of each region, students will gain a much broader understanding of our country's geography and become familiar with each region and the states within it. Class will include some historical information, as well as how some of the states got their shapes. In addition to completing a large map of the United States, fact sheets, students will be challenged to learn the states and capitals.

Outside Classwork: Homework includes reviewing states and capitals and finishing up work that isn’t completed during class.
Instructor: Laurie Weir

Note:  Classes that do not meet the 8 student minimum may need to be cancelled or rescheduled.